It's hard to describe what this computer image means to me. For the non-musical, the display is a basic recording studio editor, with waveforms produced by recording each individual or voice on its own track. In the studio we edit, sweeten, balance and process each of them collectively into the stereo or 5.1 recordings you're used to hearing.

Except that these waveforms were first captured as sound on reel-to-reel tape 31 years ago, well before the invention of many of the original tools that are now staples of even the most basic digital recording software. They represent three years of rehearsals and shows from my first rock band Nor'easter. Two years AFTER the band broke up, three of us went in the studio and did our best to preserve all that work so that the music might live on. While we got all of the songs recorded and mixed, we simply didn't have the tools or the resources to bring it to truly finished form. We were so young, and broke, and scraping along trying to figure out life somehow.

Thus it's been a long and winding road to get to this photo, fraught with perils like corruption of proprietary file formats and demagnetizing those precious tapes. These tracks are safely here on my modern MacBook thanks to 15-year old backup discs that somehow survived ridiculous heat in my attic, and the ingenuity of my longtime friend and engineer Dustin Delage.

Of the three original members who went in the studio that summer of '89, Matt has been gone a long time - 18 years this October. Chris and I stay in touch as old friends do, though our lives and families are 600 miles apart. My musical journey has taken me to many beautiful and unexpected places, but after my last project I'm keenly aware that sometimes the past leads me to the future.

So during this time of plague, as the tour bus sits idle indefinitely in my driveway and my folk music career exists primarily in broadcast mode, the rocking angst and energy of my wayward youth reappears suddenly and laid bare; astonishing and exciting me in its readiness to be worked and molded. In part as wise use of this time to learn audio engineering skills I've always entrusted to others, and more importantly to honor a shared musical legacy of old friends, a big piece of my musical lineage awaits my skills to develop into developing it. To at long last finally shape this creative output that meant much to many into what it always deserved to be.

Which means for those of you who remember, those who played big parts in making it happen, and for the curious too, I'll have something old and new and very different to share with you in the coming months. It will be loud. It will certainly be different. And for the first time, we can really truly be proud of what we created but were never quite able to bring to its full measure. 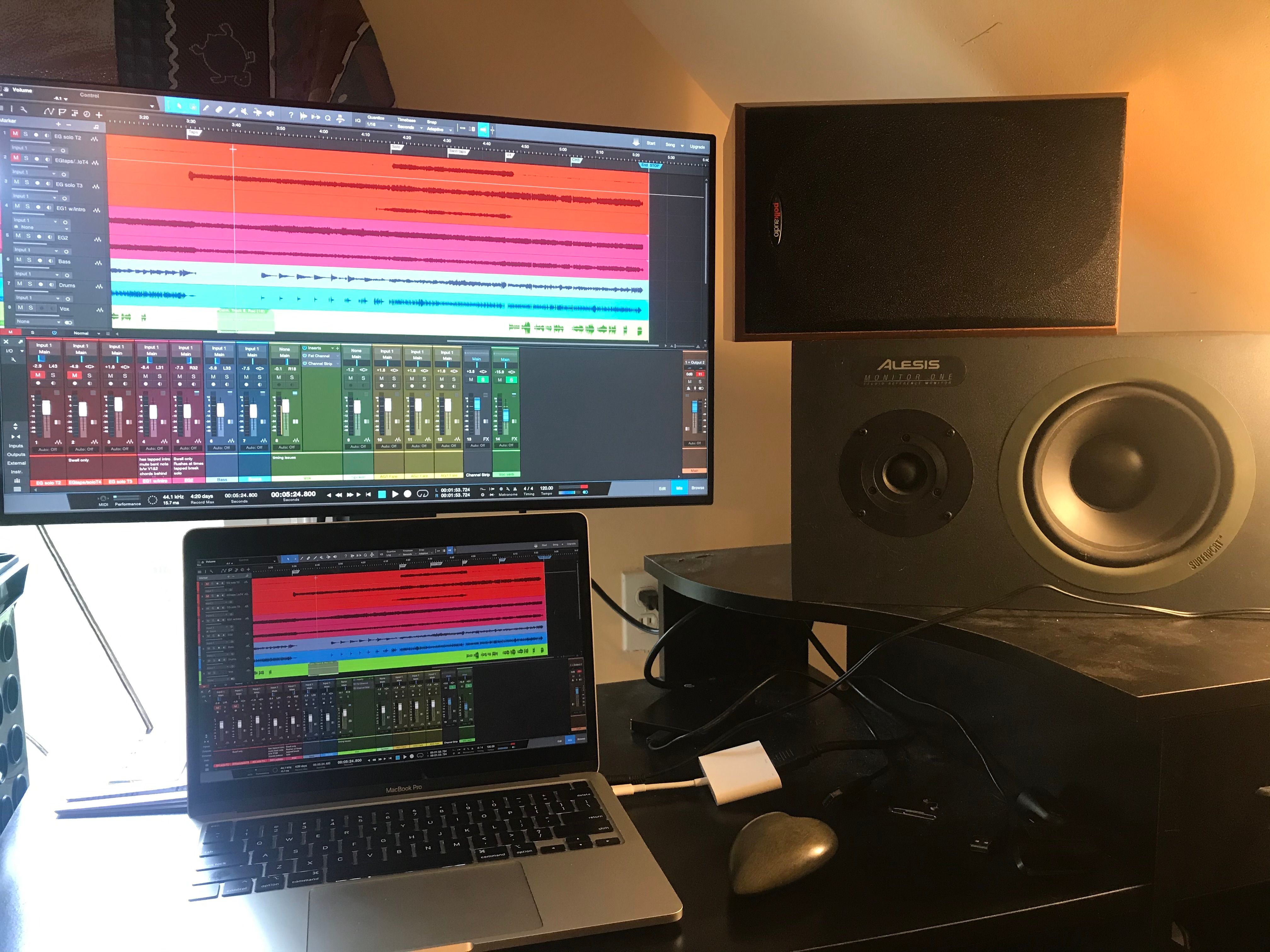