I stayed up as late as I could last night watching the livestream memorial concert and celebration of life for my cousin Ian Thomas Parks, hosted and attended by a ton of his Bay Area friends and family.

That Ian was in my life at all was a bit of a miracle and a testimony to persistence in genealogical detective work. That he was also a singer/songwriter and guitarist was a bond that connected us strongly these past few years, right up until his untimely death in Mexico in August.

Ian's grandmother (whom he never met) was Margaret - my grandfather's sister, the opera singer, the one whom Grandma warned us never to speak of in front of my grandfather. My grandfather's broken and complicated McKnight family was a source of childhood fascination that morphed into a bit of a detective's obsession during the last decade. I wanted to know more about Margaret, and music, and her descendants to whom DNA bound me close without so much as knowing their names.

My cousin Lee Ann was the one who made the breakthrough back in 2016. She and I had found a few tantalizing leads - playbills from Margaret's performances in Reno NV in 1929 and 1931. Ancestry had records, but the trail of husbands and divorces was complicated. Lee Ann connected the dots to a cousin in San Diego. With typical McKnight forthrightness, she picked up the phone and within a few minutes was speaking with Margaret's great-granddaughter Sarah.

That phone call changed my world. That night I talked for an hour with my cousin Carson, Ian's oldest brother and Margaret's first grandson. We knew nothing of each other, but we both realized the gravity of our connection and the musical threads that bound us in spite of all of the family damage that had kept us oblivious to each other's existence. That next night, Ian and I connected via Facebook and chatted for a long time. Fellow singer/songwriters, close to the same age, on so much familiar paths yet in unfamiliar footsteps.

Later that night Ian posted a video of his mom's final performance on YouTube. Like her mother Margaret, Martha was an actress and an opera singer, and here she sang a role in Sondheim's "Les Follies" at the Popejoy Theater in Albuquerque, not long before the stroke that ended her career. She was my dad's 1st cousin, full of the McKnight musical DNA, and blessed with what I imagine was her mother's glorious voice. Martha passed away just a few months before we "found" Carson and Ian, but this musical gift from the ether moved me to tears in its beauty, and the poignancy of discovery.

Over these past six years Ian and I communicated a lot about our musical projects past present and future, but particularly the shared ancestry that is so much a part of Treasures in My Chest. We also realized that we HAD met once, when Ian and Martha came east to visit grandpa's family in the late 70s. We hung out at my grandparents house for a couple hours, tossed a ball around, goofing off and having fun like adolescent kids, and then it was over and he vanished. I had forgotten nearly everything, until Carson shared some pictures from that visit with me.

Carson and Valerie's weeklong visit here in late October 2018 deepened the bond between our branches of the family; that visit turned out to be what I needed to experience to finish writing the title track to Treasures. Not long afterwards, Ian moved to Aguascalientes, Mexico which had given him some new musical mojo and connections. A few months ago Ian was super excited about getting Carson and I into the studio with him to create some new work, an excitement that we all shared.

Sadly, that part will not come to pass. I'm deeply saddened that we weren't able to write anything together for Treasures, nor even spend an evening hanging out together in person. At the memorial concert many of his friends and past bandmates did beautiful renditions of Ian's songs. It was wonderful and heartbreaking to see how many lives he touched and how much art he left this hurting world. I put together a playlist of a few videos from his various different projects, showcasing the many sides and colors to a complex and beautiful creative soul.

A soul that gleams on in musical glory, even as we suffer his absence here among us. 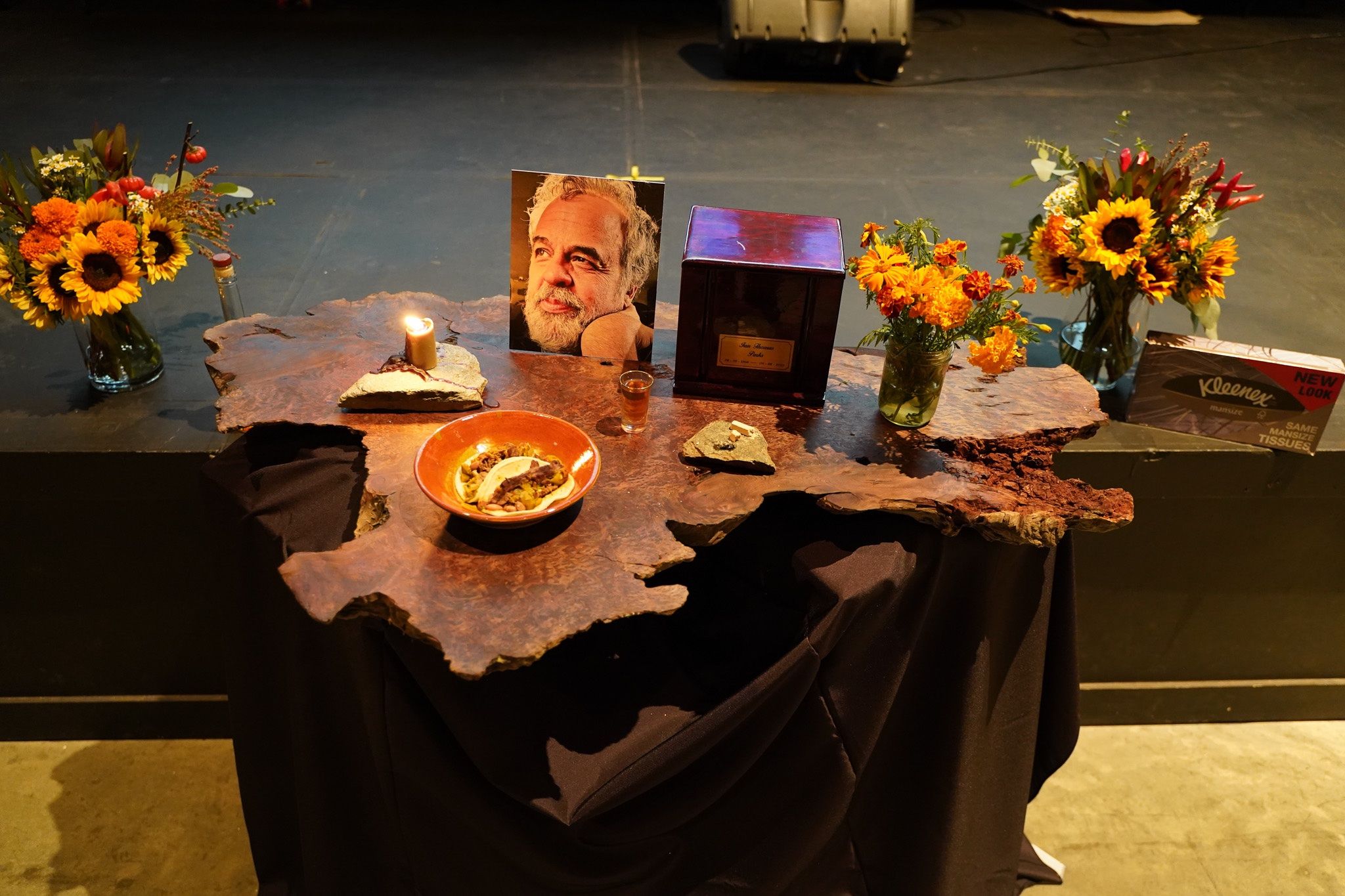