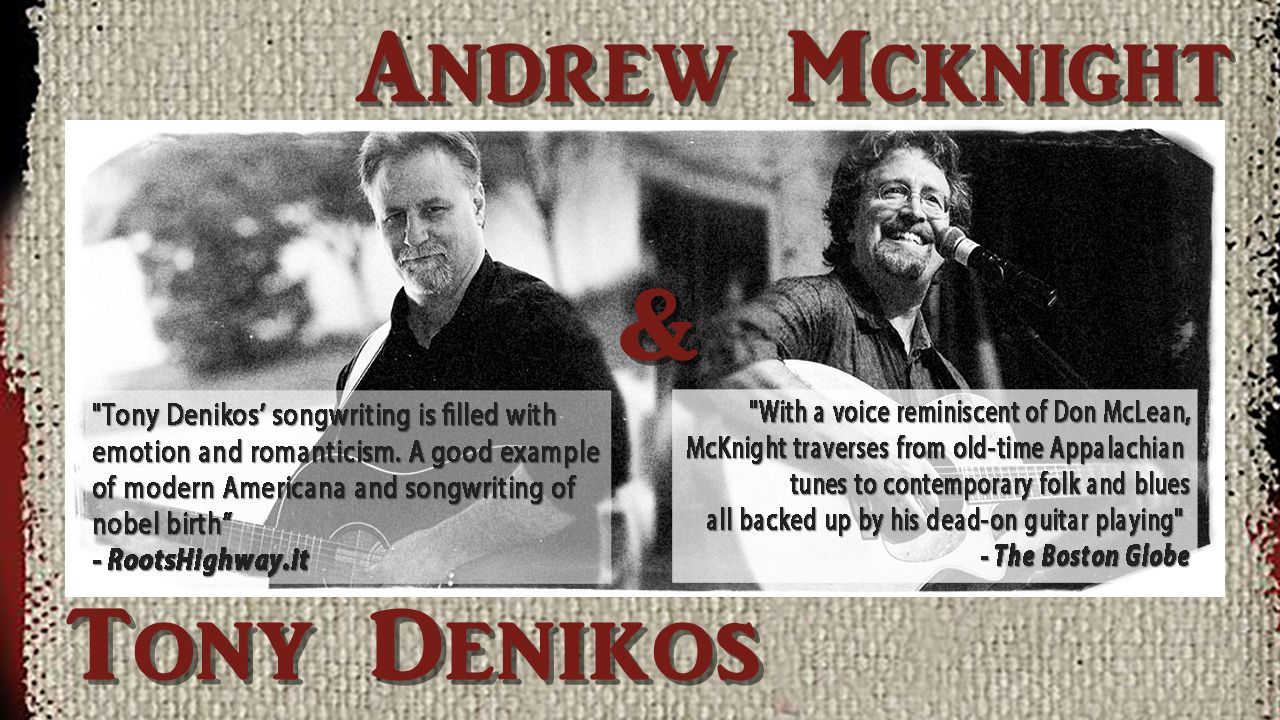 Nationally acclaimed singer, songwriter and guitarist Andrew McKnight joins forces with friend and fellow award-winning performing songwriter Tony Denikos for a special concert. They accompany each other with taste and tone, and occasional flurries of instrumental virtuosity when appropriate, while blending their distinctive rich voices in harmony. Performing short solo segments as well as in the round swapping songs, with all the between-song mischief and musical textures one might expect from accomplished musicians. Their show is truly more than a "two for one," and a concert experience you won't want to miss!

Two of the mid-Atlantic region's finest folk and Americana singer/songwriters will take the stage together for a memorable evening of song craft, guitar picking and entertaining humor. Nationally acclaimed artist and author Andrew McKnight joins forces with longtime friend and fellow award-winning performing songwriter Tony Denikos armed with their two stellar voices and a bevy of stringed instruments. 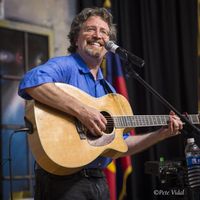 Since permanently leaving his corporate environmental engineering career in 1996, McKnight's musical journey has traced nearly a million miles of blue highways, and earned him a wealth of critical acclaim and enthusiastic fans for his captivating performances and nine recordings. His finely crafted songs are woven together with humorous stories and poetic drama, while the musical soundscape traverses influences from Appalachia, tasteful slide and jazzy blues, feisty anthems, rustic folk, and a bit of fancy flatpicking in Carter Family style. 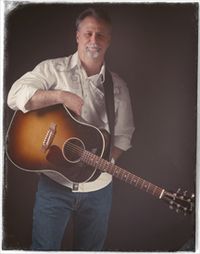 Armed with wry wit and a mischievous streak along with a stunningly versatile voice, Denikos takes the stage with an abundance of memorable and catchy songs, melding blues, folk and rock with power and passion for the struggles of common folks. Shifting effortlessly between foot stomping backbeats and tender intimacy, Tony has won the ears and hearts of those who appreciate great songcraft solidly built on Americana's musical foundations like John Prine, Louis Jordan and John Fogerty.

Their duo show includes a lot of collaboration on each other's songs and a few solo spots each, with all the between-song mischief and musical textures one might expect from accomplished musicians at home under the stage lights. They accompany each other with taste and tone, and occasional flurries of appropriately-placed instrumental virtuosity on guitar, dobro or harmonica, while blending their distinctive rich voices in harmony.