My good friend of many years and labelmate at Falling Mountain Music, Keith Pitzer, lost his battle with prostate cancer December 22nd. We knew from the first diagnosis a bit over a year ago that this was going to be serious and a very hard struggle. And over the last few months the possibility had reared its ugly head enough that the phone call wasn't a surprise. There is no amount of foresight available that makes such a loss any easier when it happens, despite knowing that there will be no more pain and suffering.

Keith always amazed me with his guitar playing, with his eclectic right hand style combining flatpick and fingers into a flurry of sound. I went out to visit in August, knowing that the time might be getting short and that Keith had a lot of unfinished material he hoped to get wrapped up. Even after a decade or more doing occasional shows together, jamming, or showcasing, I somehow had never noticed that he used almost all of his left hand fingers to cover two or three strings simultaneously! I couldn't duplicate it now if I tried, but I do wish I'd taken a few pictures.

He'd just finished 10 days of radiation and was feeling a little weak, and as is usually the case, his taste buds were pretty fried except for sushi. The mountains of northern WV are not sushi country, and the nearest grocery store that carries it was an hour away, so I loaded up the cooler from our local supermarket before I left home and we both ate ravenously, alternating with cucumbers from my garden with some spicy Thai peanut sauce I got fond of making last year. It seems like Keith and Joan and I always wound up with a good meal under our nose, at my house, theirs, or in some restaurant someplace far from home.

I remember watching Keith & Joan several years ago at our local Shenandoah Coffeehouse Series show - intimate and unplugged in this historic church, itself soaked in nearly a century of the joys and sorrows of people who'd suffered the humiliations of slavery and segregation. I always feel more emotionally open within its walls because of it perhaps, but on this night it was my dear friends who moved me to tears with one of my favorites, "Living Out There" (click to stream MP3) from their 2nd CD West Virginia Serenade. A humble, self-deprecating yet dignified, honest man's words of tribute to nature's greater works. Crystalline and pure, framed with the hard wood of truth and the soft light of winter. I'm a sentimental guy, but it's rare that that happens and I'm actually grateful when it does.

I'm still not good at this loss thing. The idea that someone who's never been more than a phone call away won't be answering those calls, sending any more emails, or waiting at the door to greet me after a long journey across the mountains just fails to make sense. The last time they stayed with me was ahead of the Valentine's Blizzard of 2003, and they made it to my house with just a few inches on the ground and piling up fast. We spent the next 2 days eating 3 square meals, drinking all the coffee, beer and whiskey in the house, and playing a lot of music. How ironic that he left for the Great Unknown Beyond just after our next blizzard. Must have been waiting for the perfect sunspeckled winddrift that always follows big snow up on Laurel Mountain, and finally free to sail without skis or wings.

The wordless musical beauty that Keith conjured up out of those 30-odd inches of snow and 3 days at the foot of the Blue Ridge, is "Loudoun County Snow" (from their 3rd and final CD Gathering Stones). I'd do anything to conjure up Keith back in the land of the seen, but I guess I'm going to have to learn the tune as a poor substitute for your company old friend. We miss you bad.

Please consider making a donation to Keith's passionate cause, the Friends of the Cheat, who've made amazing progress in mitigating acid mine drainage ruining the Lower Cheat River of northern West Virginia. There is still much work to be done, and as our mutual friend Pops Walker pointed out, Keith would have said in that low-key baritone, "Shucks Pop, if everybody gave just a couple bucks we could really get something done." No doubt there will be a celebration of the man and his music, and time to spend with his dear Joanie, at the annual Cheat River Festival in Albright WV the first weekend in May, so plan to come if you can.

Most of all, please listen to this music. Share it. Return to it every now and again, like an old friend whom you are happier to see with each visit. Keith has left much for us to enjoy and treasure, including Joan and their four grown sons. I'd be honored to introduce you to one of the most decent human beings I've known. 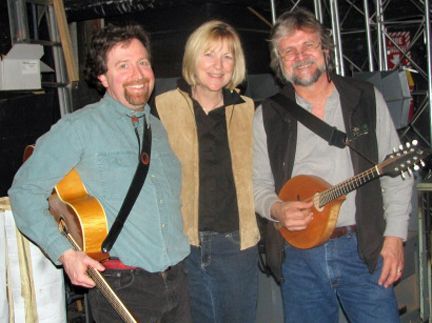