"The Big Bass Has Set Sail": A Tribute to Sean Kelly

I got word late last night that my old friend and past touring partner Sean Kelly passed away in Austin TX on September 4th. I feel shot full of holes for a lot of reasons, not the least of which is that this big old hurting world just lost one of the kindest, gentlest souls I've ever had the privilege of knowing.

We met Sean in July 2005, when Michelle and I did a month cross-country doing shows and visiting national parks. Sean was the "house bassist" at Bruce and Dale Blew's house concert series in Longmont, and he reached out a few weeks before we came to ask if he could learn some of my songs and sit in. What blossomed from that first time taking a stage together was a musical friendship and brotherly camaraderie that turned into periodically touring various parts of the country over the next decade. Here was a gifted, conservatory-schooled upright bassist who really liked my songs and enjoyed playing them for appreciative audiences, and I could not have felt more lucky. He was making big life changes; getting divorced and leaving his seat in the Boulder Philharmonic to pursue life going where he wanted and playing music for the sheer joy of it.

Sean was going to fly out in May 2007 to record Something Worth Standing For, but instead incredible back pain landed him in the emergency room in Denver instead of the airport. He was diagnosed with multiple myeloma, a rare bone cancer. Over the course of the next few years, gratefully enabled by some of the top MM specialists in the world and some effective experimental treatments, Sean was able to do most of the things he loved - traveling and meeting people while playing music. He eventually fulfilled his longtime dream of moving to Austin while continuing his treatment, and engrained himself into the folk and acoustic music culture there.

Traveling with Sean was always a trip - full of laughs at the absurdities of the road and wild philosophical conversations about music between the conservatory guy and his seat-of-the-pants singer/songwriter sidekick. We shared rock band roots from our youth - he in Japan, me in eastern Connecticut. Sean was well-read and not only conversationally intelligent but intellectually curious about just about everything. It would be time to go back on stage after intermission, and sometimes I'd have to go rescue Sean from a deep and fascinating conversation that I would have never had. He was near-religious about the diet and medication regimens to optimize his chances at beating a pretty dark diagnosis, so we always had the Sean cooler full of broccoli and cauliflower. Then there was the night that the ladies at the UU Church in Palo Alto thought he was 1) cute and 2) serious when he said that he could eat all of their homemade brownies they had left over after the show. Truthfully that was the best part, the fun and adventures, including endless jokes about cruciferous vegetables and never meeting a dessert he couldn't get to like.

But we made each other better musically too. Sean was studious, thoughtful and observant, and his insight into audiences and show programming made ours better. His solid underpinning kept me on track but also made me work to snap the rhythm tightly into place, particularly when it was his turn to step out front and solo. Our conversations about theory and song structure always left me ruminating for days.

And he always loved singing, but rarely got to do it, so we worked hard between shows and in green rooms warming up with him singing the not-always-straightforward harmonies to a lot of my songs. Nothing seemed to give him a bigger thrill than leading the audience singing along with us, and assured that they were safely in the hands of a "seasoned and schooled choral director," they went along with gusto.

The last time we did a concert together was at our dear friends Joe and Bev Angel's Arhaven House Concerts outside of Austin. Sean was feeling a bit rusty because he hadn't been on the road or playing much bass, but the fun was just like old times. Not long after that he took up another lifelong dream, playing the fiddle. The last time I saw him in person I sat in with him and his friends playing a weekly contra dance in Austin, and he was having the time of his life learning "crooked tunes" from Appalachia and the Canadian maritimes. We had plans to get together when I came to Austin last March, but the rapidly exploding pandemic convinced him to isolate his immuno-compromised self at home. We yakked on the phone for a good hour as I was driving through the bluebonnet fields of Texas, even as I was setting sail into this uncertain future sidelined from touring. It was great to catch up, reminiscing about some of those fun shows and trips. That laugh. I'll never forget that throw his head back belly laugh.

The pandemic has been hard for so many of us, but especially those who thrive on social contact, and THAT was Sean. I dropped a line a few months ago and hadn't heard back, but Sean was busily engaged with the connections in his life no doubt. While he miraculously managed to keep the MM at bay for over 14 years, he apparently developed an infection sometime in the last month, and wasn't able to fight it off.

Sean would be embarrassed to know how I sobbed like a baby last night. He was the most self-effacing and humble soul, always genuinely wanting to know how I was doing, and my family and mutual friends, while deflecting concern about his condition. He stayed at my parents when we played northeastern CT, at my cousins'  house outside of Sacramento, dear family friends in Seattle, and with us here in Virginia. Sean was always willing to meet the next experience with a grin and an outstretched hand, "hi, I'm Sean Kelly". Even with the intense fatigue he endured, he always seemed to look forward to that next thing, and especially the people who mattered in my life. As a result, there are so many people in my world who met Sean and had their own experiences and recollections of him.

Truth is, I don't want to tell you that Sean died. I want to shout to you that he lived, and that his life made a hell of a difference in mine and a lot of other peoples too. When he came to do some shows with me here in the east in 2010, we had just bought this house and our daughter was about to turn 3. After I picked him up at the airport and we walked in the house, he rummaged about in his suitcase and produced a red stuffed dinosaur for her. That was the kind of thoughtful dude Sean was.

I've been hearing that laugh in my head at random points all day today. I'm damn grateful he's been a big part of my life, and I'm just crushed that part has ended. I'm glad that there are videos, and maybe even one of them captured that joie de vivre laugh. Maybe to remind us how simple joy is done. Madeleine brought that dinosaur down last night, and I found my sobs infused with gratitude that she had kept it.

I'm damn sure that whatever jam he's in on in the Great Beyond is a real doozy, that he walked in with a tuner in his pocket in case anyone needed to get right, along with that outstretched hand, "Hi, I'm Sean Kelly."

Damn straight he was, and there simply isn't anyone else capable of being Sean Kelly. The Big Bass has set sail over the horizon, and we have lost something special.

Sean was a fine composer as well; "The Big Bass Sets Sail" with John William Davis.

On yet another "we need to get our walk in" adventure on the road between shows in northern California. 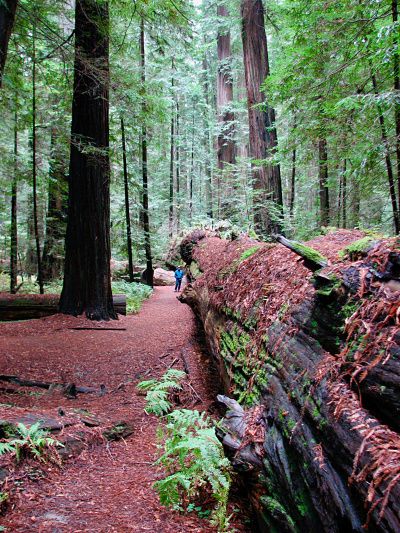 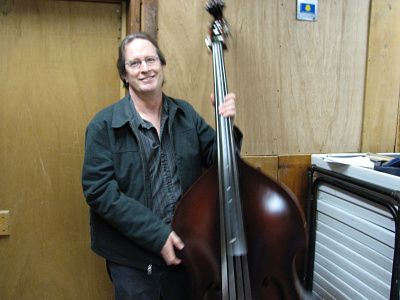